Ahhh, is there anything more different between men and women than aging? Are our attitudes aligned in any aspect of this topic? Let’s explore this in our 23rd column in the Men vs. Women (blog) series! I ALWAYS add the caveat that my observations are unscientific, casual, and that there are exceptions to every one. But, generalities are based in realities so have fun with this column (and series) and don’t have a cow if you disagree, BUT feel free to say so in a comment!

Aging. Something we all do – hopefully. But, do men and women age the same as far as their behavior and attitude? Let’s consider that, alternating between the sexes (I so prefer “sexes” to “gender,” don’t you?):

~~ Plastic surgery is clearly favored by women though many men are catching on, or “up” depending on your point-of-view. It’s a sad reality that George Clooney or Harrison Ford or, my favorite, Sean Connery can age and remain sexy. Cloris Leachman, not so much. And, other older actresses that we all know simply play grandmas and old/funny women in the latter part of their careers. Is it fair? No, but it’s the way it is! I would hazard a guess that both boob and booty surgeries are just slightly favored by women and are among the most popular plastic surgeries. We can thank Kim Kardashian for the booty interest though, for the life of me, I don’t know why ANYONE would want to emulate that woman!

~~ Men simply don’t care about many of the effects of aging except for ONE (if you don’t immediately know the “one” think of a medication that begins with the letter “V”). Many of us were raised on images of “The Marlboro Man” with his leathery neck and manly visage. I will admit that I’m not particularly fond of the turkey leatherneck that I’m developing, but I sure don’t care enough to do anything about it. 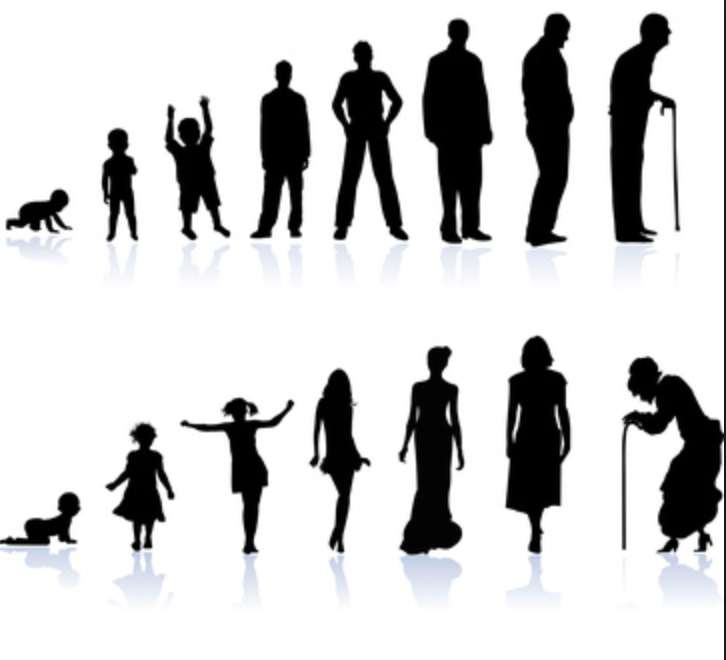 ~~ Women love skin-care products (AND make-up). It’s a huge industry that thrives on female insecurity. The ads are so absurd and yet clearly they work. The “Before” and “After” images are often ridiculous – clearly doctored – and the spokeswomen are among the best-looking women in the world. Are they EVER the age of the targeted customer? I doubt it.

Make-up befuddles me since I know that many men, myself at the top of the list; really don’t care for caked on faces and tons of make-up. My wife and other women have expressed that women dress and make themselves up more for other women than men. I suspect there’s truth there, but the entire ritual of make-up (and hair…and nails) is a black hole of time for women. There was some study I read, from England, that the lifetime amount of time many (Western) women spend on “beauty” (hair, make-up, and nails) is equivalent to quite a number of years of their lives! This is truly a WASTE of time.

I get up, shower, brush my hair and teeth, and boom I’m ready to go. What’s the big deal?

~~ Shall we talk diet? Given how weight affects our health and aging in so many ways, it is clearly related to this topic. It’s not a leap of faith to say that men are less concerned about their growing waistlines than women. When I go to ANY public place or a Carnival Cruises type of vacation, that notion quickly disappears as the amount of obesity in America is ubiquitous and seems evenly distributed among all of us.

Nonetheless, it seems diet products are more marketed to women than men. I am SO sick of Marie Osmond, dressed in black to minimize her little bulges, advertising for that diet product with such foolish lines such as, “We women care more about how we feel.” I have one word for that, BS! No, and I don’t mean my initials.

~~ The fact that our health and longevity are so impacted by our diet (and exercise) seems to escape the notice of most men and women. How often have you ever seen a very old and very obese man or woman? You don’t, because very obese men and women do not live to be very old. Why this alone isn’t a deterrent to eating ice cream, chips, and beer for dinner is a mystery that relates to both men and women. ~~ Perhaps a lighter topic on this issue is how men and women dress as they age. As men get older, they care less and less about their wardrobe, assuming they ever cared in the first place. Wearing the same thing – gulp – two days in a row is certainly not of concern to most men, or me.

Women often pay attention to their fashion and wardrobe their entire lives. My late mother was a smart dresser all her life. She got her hair “done” weekly and always looked sharp. My dad dressed very well for “occasions” but, otherwise, was simple in his attire.

As always, I welcome your comments and suggestions for future topics for the Men vs. Women series!