I’m sitting on a flight from Boston to Los Angeles. My older son and I are returning home together though we’re seated in different parts of the plane. Next to me, asleep, is the random passenger that happens to be my travel partner on this trip.

She’s Chinese. I mean Chinese Chinese, like in doesn’t speak more than a dozen or so English words. However, she has an iPhone and it “speaks” English when she hand-writes Chinese words on its screen!

Over the course of our efforts to communicate, I learned that she is an engineer. Her husband died 16 years ago and she is 50 years old. She has one daughter, who just had a baby boy. She showed me a photo of them. Her daughter and grandson are absolutely precious and no translation was necessary for us to exchange smiles of appreciation. She motioned a question of whether she could use her iPhone in flight. I motioned it was okay and when it came on, I recognized the “Settings” icon and reached over and hit it. I saw the airplane mode icon – really hard to recognize in Chinese – and motioned to her to turn it on. She did so. It was fascinating to watch all her iPhone icons with Chinese words – symbols to me – below them. She used her iPhone as adeptly as I use mine – with speed and comfort, so we seemed to share the same language in many ways after all.

We tried to communicate in more depth, but even with the translation apps on her iPhone, it was quite difficult. She would hand-write a word in that app, Chinese words would appear, she’d scroll through them to find the best one, and then hit the translate button and show me the word(s) in English.

At one point, it seemed that giving her my business card would help our dialogue. She stared at it, turned it over and over, and eventually began typing some of the English words in the other translation app that took English words and gave out the Chinese word(s) in the Chinese alphabet/symbols. Sometimes, she’d make a mistake in typing in the English word and I’d reach over and correct it for her. Other times, she’d choose a word such as “point” from “A Dad’s Point-of-View” and I’d try and explain – without much success – how that word related to the entire sentence or phrase.

My card has images of my two books and below those images it says, “Available on Amazon, iTunes, and BN.com. She put in “Amazon” and “Available.” I was surprised that Amazon didn’t register for her in English and knew that a translation of it would be useless. With “Available,” I tried to demonstrate that it meant “available for purchase” by showing her money and a credit card from my wallet.

The way she pored over my card was like it was the secret to hidden treasure. And, it some ways, it was the secret to knowing more about those words and me. Eventually she showed me an iPhone icon that seemed to be an image of a text bubble. I suspected she wanted to know my email address and I pointed it out on my card. Then, she began inputting my first and last name in her translation app, which is on my card in several places along with my website name, BruceSallan.com. It was apparent that she didn’t recognize “Bruce” as a name and certainly “Sallan” is unfamiliar as a name.

I couldn’t figure out how to explain to her that there would be no Chinese translation for “Bruce” or “Sallan.” Eventually she wrote out her name for me in my alphabet and it was a relatively familiar Chinese name. I tried to pronounce it and she corrected me but with an inflection I couldn’t duplicate. We laughed.

The world is a big place. But, technology makes it smaller and smaller. One of my regular #DadChat participants is Mei, who lives in Singapore. She writes a blog about raising a child with eczema and the trials and tribulations of that effort. Somehow, she found #DadChat and joins us most every Thursday evening, when we are “meeting” at 6:00 p.m. PT/9:00 p.m. ET. That time is Friday morning for her and she is on a train commuting to work! She participates using her smart-phone. Over the year or so that Mei has been a regular at #DadChat, we’ve gotten to “know” each other pretty well. We occasionally communicate outside the #DadChat forum, mostly via tweets. She speaks and writes English perfectly well so that is no barrier to our ability to connect.

With my seatmate, it’s not been quite so easy. She’s now quietly asleep next to me, having just leaned her head on my shoulder. I can’t overly express what a sweet moment this is. It’s just like when my kids (when they were younger) or my wife leans against me, and I’m hesitant to move so as not to disturb her. It’s a totally platonic moment given I’ve shared photos of my wife and she’s shared photos of her daughter and grandson.

But it’s a moment I will cherish, corny as it may sound, as a citizen of the world. I would really like to take a photograph but I know that would be un-cool. I will share this column with her, however, and I wish I could watch her try and translate it! 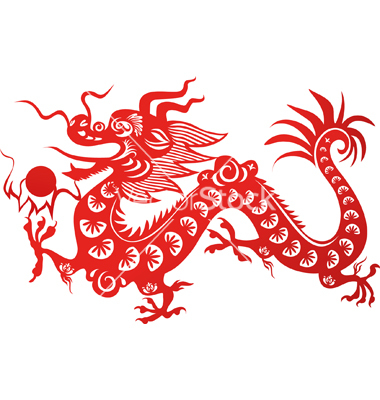