Last month, I was sworn to secrecy, signed a non-disclosure form, pledged my allegiance to the Gods of Google and Motorola, and my own Godfather, Guy Kawasaki, and went to Silicon Valley to hear, see, and touch the new Motorola phone, the Moto-X. Guy Kawasaki having a blast – where am I? Photo by Robert Scoble

When Guy invited me, I was honored to be included in what turned out to be a truly notables-list of Social Media and tech wizards. Why this OLD dad was invited was a mystery to me, but one I didn’t care to solve. I was glad to be there.

I will leave it to others to extol the virtues of this new phone. What I saw simply amazed me. The smarts behind its design, features, and user-friendly and precedent-setting evolvement left me largely in awe. And, it made me feel even older in the company of such youthful exuberance, brains, and creativity. 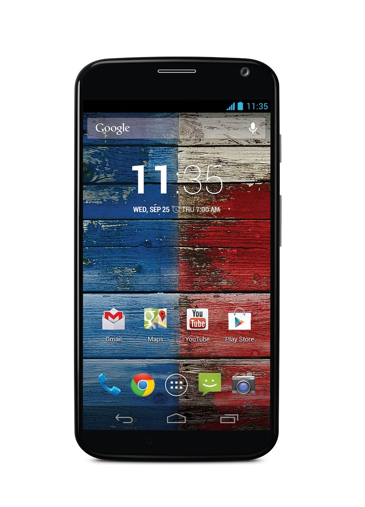 The phone is amazing. The people at the event were equally amazing. The Google campus was a sight to behold and everything you might imagine it to be. It was late afternoon, but the people flowing around were clearly in their element. From the volleyball game going on at a sand court in the middle of the campus to the ubiquitous bikes that littered the place, it was a hub of activity and a place that you simply wanted to be a part of. When we arrived on campus, we were whisked to a building with a stairway that had all our names on each step. It was a stairway equivalent to the big piano in “Big,” for those of you that might remember than long-ago Tom Hanks movie. Upstairs, there were images of all the guests and other high-tech touches that really seemed to be lifted out of a movie.

Guy Kawasaki was our host and he greeted us in his usual humble and ingratiatingly sweet and unassuming manner. Plus, of course, he was wearing another one of his incredible aloha shirts – this one especially sharp. We were eventually brought into a room where the presentation about the Moto-X was given. This room had multi-media walls in which we were surrounded by images, info, and videos about the phone, its growth and development, and features. Frankly, I nodded a lot and pretended I understood all the technical stuff that was presented. The phone isn’t overly technical and clearly is very user-friendly, but the room was tech-savvy and I was out of my league. The nodding, I suspect, lulled others to think that I was digesting all of it when, in reality, I was just stunned at the work that goes into such a new incarnation of a tech device and, at other times, wondering what language was being spoken.

After the presentation, we got to touch and use the phones. They were awesome. I suspect these phones will do incredibly well. I wonder if this is how people felt when they first saw a telephone, a television, radio, or fax machine? The imagination and creativity of the human being is another reason – for me, at least – to believe in God and the divine inspiration that created us in the first place. Last word: WOW!