Do you know any young couple planning on having more than one or two children? I ask all young people I meet about their “family” plans and I rarely hear them say they plan on a big family. The social norms in Western Society have changed so radically in just a few decades that having children and building a family have become second thoughts after getting a new BMW. Let’s look at what has happened in China and a crazy prediction I will make and you can say you heard it here first if/when it comes true!

“…The one-child policy has probably exacerbated its dire gender imbalance. Many more baby boys are born in China than baby girls. China is not unique in this; other countries, notably India, have encountered similar problems without coercive population controls.” “China’s strong cultural imperative for male offspring has led many families to do whatever they must to ensure that their one permissible child is a son. In the earliest days of the one-child policy, this sometimes meant female infanticide. As ultrasound technology spread, sex-selective abortions became widespread.”

“…In about 20 or 25 years’ time, there will not be enough brides for almost a fifth of today’s baby boys—with the potentially vast destabilizing consequences that could have.” ~ The Economist So, China is now facing a reverse in their population growth and a very serious cultural problem with more young men than young women. What will this lead to? One can imagine some horrible behavior among disaffected young men that can’t find women to “hook up” with or marry. My prediction sounds crazy but I believe it may happen. China will legislate and encourage polyandry (female polygamy)!

Think about it? Makes sense, doesn’t it? At least this policy would acerbate the problem in the short run, to a degree, and much like their “one child one couple” policy, it can be reversed later on. Ironically, they have not yet reversed their now failing one child policy but, mark my words, they will and they may indeed allow and encourage polyandry also!

Japan is going away. Much has been written about their economic malaise. They are perhaps the most materialistic culture on earth. Yet, they are not reproducing at alarmingly low rates. “The Japanese now have one of the lowest fertility rates in the world, and at the same time, one of the highest longevity rates. As a result, the population is dropping rapidly, and becoming increasingly weighted toward older people. After peaking seven years ago, at 128 million, Japan’s population has been falling — and is on a path to decline by about a million people a year. By 2060, the government estimates, there will be just 87 million people in Japan; nearly half of them will be over 65. Without a dramatic change in either the birthrate or its restrictive immigration policies, Japan simply won’t have enough workers to support its retirees, and will enter a demographic death spiral. Yet the babies aren’t coming.” “An epidemic of shut-ins  - For years, Takeshi hid from the world, playing video games all night and sleeping all day, eating from a tray his mother left outside his room. He was a hikikomori, one of an estimated 1 million Japanese teens and young men who have become shut-ins, with virtually no human contact beyond their parents. Some of the hikikomori first withdraw because of some social embarrassment — bad grades, or a romantic rejection. The longer they drop out, the more shame they feel in a society where one’s status and reputation are paramount and hard to change. Parents, and especially mothers, often enable the withdrawal. “In Japan, mothers and sons often have a symbiotic, codependent relationship,” says psychiatrist Tamaki Saito, who first identified the disorder in the 1990s. Takeshi re-entered society after four years, thanks to a government program that sends female outreach counselors known as “rental sisters” to coax the hikikomori out of the house. But that program doesn’t always work. As one shut-in of 15 years said, “I missed my chance.” ~ The Week.com

More adult diapers than baby ones sold. More seniors than young people. Longer life and more societal dependence on (their) care. A recipe for continued economic stagnation in addition to a guarantee of a society and culture fading away!

I love to blame my generation for just about every world and societal problem and I believe this has all stemmed from the “Me Generation” and the removal of God and religion from the public forum. What groups are making babies? Mostly the religious and in some areas those immigrant groups that we would probably – however politically incorrect it may be to say – prefer not to procreate in such greater numbers than native and other populations.

The boomers now run most companies, are in the highest political offices, and control our campuses. This is where most of these stupid ideas and policies stem from! Campuses are now NO free-speech zones. Campuses no longer teach critical thinking and the idea of a “Liberal Arts” education is sort of laughable if you actually look at most freshmen required courses.

We have brought this upon ourselves. This is the world’s biggest problem and if we don’t address it soon it will be our destruction. Human beings will become irrelevant but the desert turtle and black-spotted flying frog will thrive. What a relief! 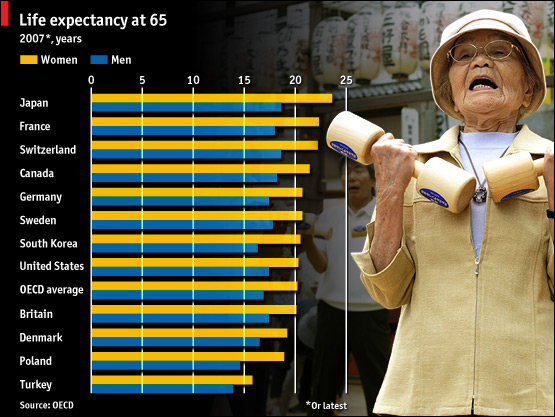