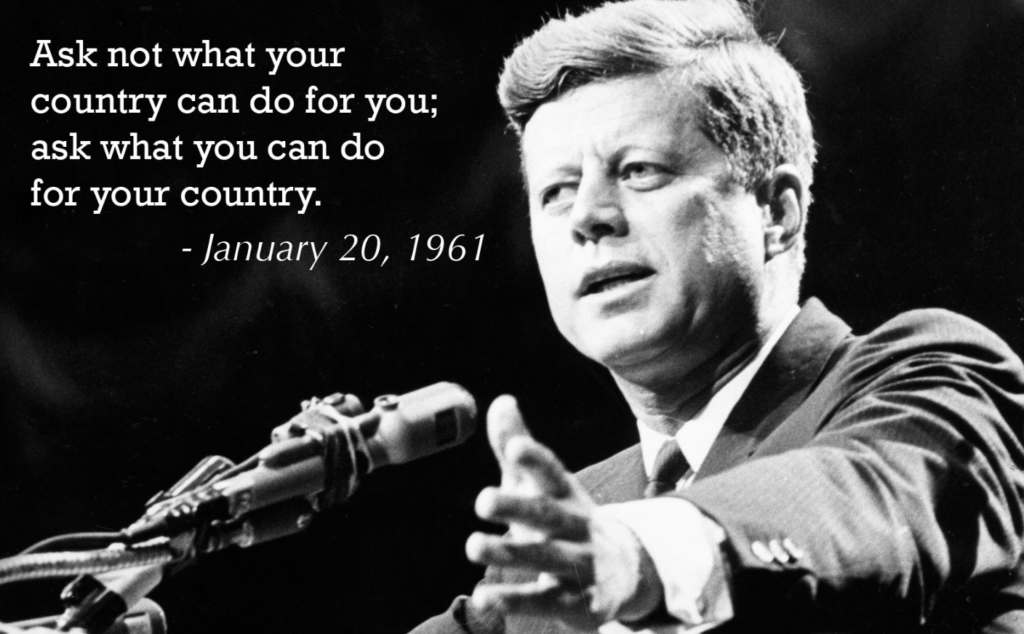 For this column, I will only use his Inaugural Address as thought to consider this question. Note his most remembered line (excerpted in the photo above) towards its end. See and hear the entire address (it’s only 15 minutes) below:

Listen to his famous “Ask Not” towards the end of his speech.

Consider his use of both “Freedom” and “God” in his speech.

Imagine Hillary delivering just a fraction of this speech.

Imagine NBC, CBS, and ABC honoring just a fraction of this speech.

Imagine the “positive reaction” (sarcasm intended) on our nation’s campuses to this speech.

Imagine who in Hollywood who would respect this speech.

And, imagine John Lennon’s famous ode – “Imagine” – remember those lyrics and imagine what JFK would say (about them)?

No, JFK would be a staunch Republican today. The party of JFK no longer exists.